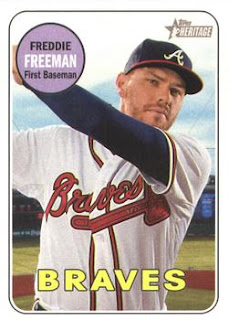 The Braves jumped out to an early 2-0 lead on a Johan Carmago RBI single in the second and a Ronald Acuna Jr. solo homer in the third, and it looked like that would be all the support ace Mike Foltynewicz would need as he cruised through the first four innings with no hits and six strikeouts. But the wheels quickly fell off—the Giants scored one in the fifth, then sent eight men to the plate in the sixth and plated three more to take a 4-2 lead they would hold on to. Madison Bumgarner was shaky early but settled down for the win with 7 2/3 innings of two-run ball.

Game 2 had all the makings of a slugfest—Brandon Belt drove a two-run homer to right off Julio Teheran in the top of the first, then Freddie Freeman answered with a blast of his own off Jeff Samardzija to knot the score at 2-2 after one. But San Francisco took control of the game with two runs in the fourth courtesy of Andrew McCuthchen’s solo shot and a Hunter Pence RBI single, then added another in the fifth when Evan Longoria lined a rope to left-center that plated Posey. Freeman knocked in another run in the bottom of the eighth, but San Francisco put the game on ice with a run in the ninth, and the Braves hopped on a plane down two games to none.

Having scored only five runs in the first two games, the Braves desperately needed to find their bats; apparently, they’d been waiting at SFO the whole time. Against southpaw Derek Holland, Atlanta sent nine men to the plate to start the game and that was all she wrote. The Braves had only two hits in the first, but scored four runs on three walks, an error and a sacrifice fly. They added another in the third when catcher Tyler Flowers, making his first start of the series, belted a homer to right, then increased their lead to six on a Carmago solo blast to left. Atlanta hurler Anibal Sanchez breezed through 7 1/3 innings and struck out 9 before running out of gas, and Giants batters took advantage of the Braves’ bullpen to the tune of three runs over the last two innings, but it was too little, too late.

Atlanta went with sophomore lefty Sean Newcomb in Game 4 and it paid off in spades. The behemoth tossed 5 2/3 innings of shutout ball, allowing only four hits before coming out of the game in favor of Shane Carle. He, Jonny Venters, and Arodys Vizcaino combined to go 3 1/3 hitless innings to preserve the 4-0 victory. Ender Inciarte led an 11-hit attack with two singles and a double, and Carmago drove in two of the team’s four runs. 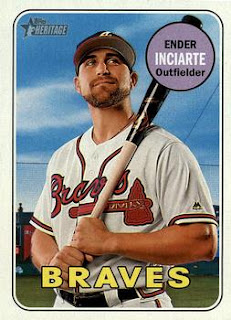 The winner-take-all Game 5 more resembled a heavyweight fight than a baseball game, both fighters trying to knock the other out before the final bell. San Francisco threw a three-run haymaker to Folty’s jaw in the first on run-scoring singles by Buster Posey and the brothers Brandon--Belt and Crawford. Acuna Jr. announced his presence with authority with a 415-foot bomb in the bottom of the first that my computer monitor could barely contain and the Giants went to the second with a 3-1 lead. Suddenly the onslaught stopped and the next five innings came and went without incident.

San Fran extended its lead in the seventh thanks to a Dansby Swanson throwing error, but Acuna Jr. was having none of it and tied the game at 4-4 with another homer. The bloodletting continued in the eighth with three more Braves runs, two of which wouldn’t have scored if not for Longoria’s two-out error that kept the inning alive. The Giants staged a brief comeback in the top of the ninth on a walk, single, and sac fly, but Vizcaino closed it out and the Braves advanced to Round 2 with the 7-5 win.
Posted by Mike Lynch at 11:37 AM